DNA Webquest: A self guided introduction to basic genetics

Every living thing needs a set of instructions that are necessary to live and grow. Where are these instructions found?
DNA
What does DNA encode?
protein
DNA is an abbreviation for
deoxyribonucleic acid
The twisted ladder shape of DNA is called
double helix
We have 26 letters in our alphabet. How many letters does DNA have?
4
What do the letters of the DNA alphabet stand for?
a = adenine
c = cytosine
g = guanine
t = thymine
A special protein in your blood captures and carries oxygen. This protein is called
hemoglobin
What happens if the instructions to make this protein are mutated(changed)?
sickle cell anemia
What protein makes up your hair and nails?
keratin
How long would the DNA from a human cell be if you stretched it out?
2m
DNA is packages and coiled up into structures called
histones 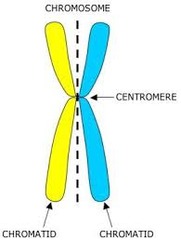 hybrid An organism that has two different alleles for a trait. dominant An allele whose trait always shows up in the organism when it is present. gene The set of information that controls a trait; Read more…