alpha particle
a helium nucleus that is emitted from a radioactive atom. Alpha particles are a form of radiation called (you guessed it) alpha radiation.

Since light can have either wavelike or particle-like properties, you will often see this written as “gamma ray” rather than “gamma particle.” 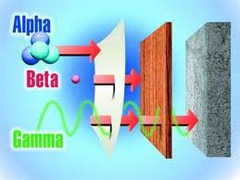 Arrange alpha, beta, and gamma particles in order of increasing ability to penetrate matter.
alpha < beta< gamma. (Alpha can't go through paper. Beta can go through paper but not plywood. Gamma can go through moderately-thick layers of lead, but is stopped by thick layers of lead.)
nuclear radiation
the emission of alpha particles, beta particles, or gamma rays from the nucleus of an atom
mass number
the number of protons and neutrons in the nucleus of an atom

When written in standard form, this is the top number.

Example: there is one and only one element in the whole universe with 6 protons, and that atom is carbon.

isotope
Atoms that have the same number of protons (and are therefore the same element) but different numbers of neutrons.

Isotopes are chemically identical, but some may be radioactive while others are not.

Carbon-12 and Carbon-13 are isotopes. Carbon-13 is a radioisotope (decays), while Carbon-12 is quite stable. 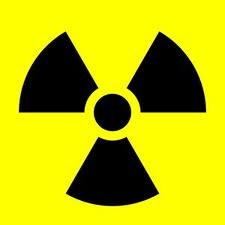 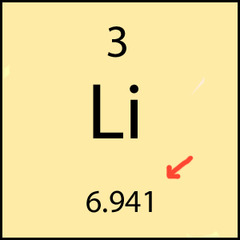 atomic mass
All elements have several isotopes that exist in nature. Atomic mass is the weighted average of all the isotopes of an element.
Using the periodic table and your knowledge of nuclear chemistry terminology, give the symbol for carbon-14.
Based on your knowledge and on the symbol for carbon-14, how many protons does carbon-14 have? How many neutrons?
Carbon-14 has 6 protons (the number on the bottom, aka the atomic number) as does every isotope of carbon. (6 protons is what makes it carbon) The number on the top, the mass number, is protons + neutrons, so 14 – 6 = 8 neutrons. 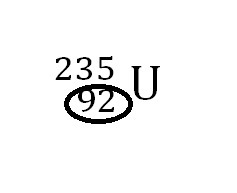 Write out the equation that represents carbon-14 undergoing beta decay.
Note that the superscripts and subscripts on the right total up to those on the left. The mass number doesn’t change since beta decay is caused by a neutron breaking down into a proton.

Write out the equation that represents sulfur-35 undergoing beta decay.
Again, note the superscripts and subscripts on each side of the equation total up to the same numbers.

Discovery of Radiation Henri Becquerel 1896 – wrapped photographic film in black paper, put uranium on top and left it in the sun – the photograph was “exposed” so he figured the uranium had absorbed Read more…