Maquiladora
Factories built by US companies in Mexico near the US border to take advantage of much lower labor costs in Mexico.
Industrial Revolution
the change from an agricultural to an industrial society and from home manufacturing to factory production, especially the one that took place in England from about 1750 to about 1850. Cottage Industry
Manufacturing based in homes rather than in a factory, commonly found before the Industrial Revolution.
Textiles
woven fabrics
Right-to-work-states
States that have passed laws to prevent a union and company from negotiating a contract that requires workers to join a union as a condition of employment. 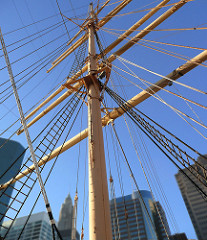 Bulk-Reducing Industry
An economic activity in which the final product weighs less than its inputs.

Bulk-Gaining Industry
An economic activity in which the final product gains volume or weight during production, that it outweighs it inputs. 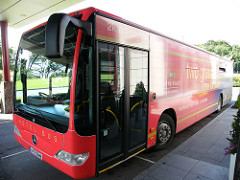 Break-of-Bulk Point
A location where transfer among transportation modes is possible. Fordist
Form of mass production in which each worker is assigned one specific task to perform repeatedly.

Post-Fordist Production
Adoption by companies of flexible work rules, such as the allocation of workers to teams that perform a variety of tasks.

Trading Blocs
A group of neighboring countries that promote trade with each other and erect barriers to limit trade with other blocs
New International Division of Labor
Transfer of some types of jobs, especially those requiring low-paid, less-skilled workers, from more developed to less developed countries.

urbanization Transformation of a population from rural to urban status; the process of city formation and expansion. urban morphology the study of the physical form and structure of urban places urban hearth area An area, Read more…

Sequent Occupance: successive societies leave their cultural imprints on a place that add up to the cultural landscape. this symbolizes Human Environment Interaction. Cultural Landscape: the fashioning of natural landscape by a culture group to Read more…