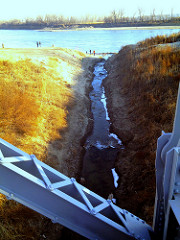 tributary
A small river that flows into a larger river.

basin
An area of land that is drained by a river and its tributaries.

rain forest
A dense stand of tress and other vegetation that receives a great deal of precipitation each year. canopy
The umbrella-like covering formed by the tops of trees in a rain forest.

plateau
A flat area that rises above the surrounding land. 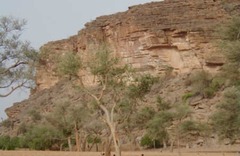 escarpment
A steep cliff at the edge of a plateau with a lowland area below. 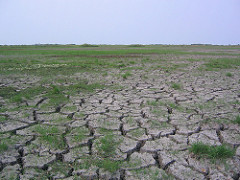 pampas
The treeless grassland of Argentina and Uruguay. 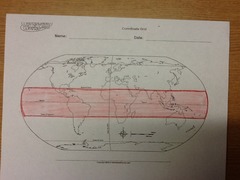 Tropics
The area between the Tropic of Cancer and the Tropic of Capricorn that has generally warm temperatures because it receives the direct rays of the sun for much of the year. Highlighted in pink in this image.

Scale is The relationship between the length of an object on a map and that feature on the landscape. 1:24,000 is an example of what kind of scale? Fractional scale What elements of study do Read more…

Which of the following is /not/ a leading urban center in Venezuela? Salvador. Which Latin American country contains the /largest/ Japanese community outside of Japan? Brazil. Today there are several areas throughout Canada where indigenous Read more…