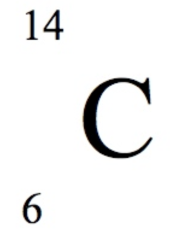 What is an isotope?
Isotopes are different forms of the same atom with the same number of protons but a different number of neutrons.
Radioactivity is what kind of process?
It is a random process.
Radioactive substances give out radiation from the nuclei of their atoms. You cannot say when something is going to decay and you can’t do anything to make it happen. It is unaffected by physical conditions such as temperature.
Where does background radiation come from?
– Radioactivity of naturally occurring unstable isotopes which are all around us (In air, in food, in building materials and rocks, etc.)
– Radiation also comes from space (known as cosmic rays) which are mostly from the Sun.
– Radiation due to man-made sources such as fallout from nuclear weapons tests, nuclear accidents (e.g. Chernobyl) or dumped nuclear waste.
Alpha radiation
– A helium nucleus (two neutrons and two protons)
– Relatively big and heavy and slow-moving
– Not very penetrating (travels about 10cm in air – absorbed by paper)
– Due to size, are strongly ionising
– Charge of 2+
Mass of 4
– Deflected by magnetic field
– Deflected downwards by electric field
Beta radiation
– Fast-moving electron
– Quite small
– Moderately penetrating (travels about 1m in air – greater range than alpha. Absorbed by thin sheet of aluminium)
– Moderately ionising
– Charge of 1-
Mass of 1/2000
– Deflected by magnetic field in opposite direction to alpha
– Deflected upwards by electric field
For every beta particle emitted, a neutron turns to a proton in the nucleus
Gamma radiation
– Electromagnetic waves
– Short wavelength
– Very penetrating (unlimited range in air – absorbed by thick lead or concrete)
– Weakly ionising (don’t collide with atoms like alpha)
– No charge
No mass
– Not deflected by magnetic field
– Not deflected by electric field
When a nucleus decays by alpha emission…
… its atomic number goes down by two and its mass number goes down by four
When a nucleus decays by beta emission…
… the atomic number increases by one and the mass does not change

Nuclear equations:
Beta decay of Carbon-14
Carbon-14 decays via beta decay to release Nitrogen-14 and a beta particle (an electron).

Risk of damage caused by radiation depends on…
… the radiation dose. This, in turn, depends on the type of radiation (alpha is more ionising than gamma, for example) and the amount of radiation.
The higher the radiation dose, the more at risk you are of developing cancer. (NOTE: exposure to radiation doesn’t mean you will get cancer, it just increases the risk.)
Radiation dose depends on two factors:
Location and occupation
– Certain underground rocks (e.g. granite) can cause higher levels at the surface, especially if they release radioactive radon gas, which can get trapped inside people’s houses.
– Workers in the nuclear industry and miners of uranium are typically exposed to 10 times the normal amount of radiation. (Precautions: wearing protective clothing, face masks, monitor radiation dosage and have regular check-ups.)
– Radiographers are also at a higher risk of radiation exposure. (Precautions: lead aprons, lead screens)
– At high altitudes the background radiation increases because of more exposure to cosmic rays. Commercial pilots have increased risk of some types of cancer.
– Underground (e.g. miners) because of the rocks all around.
Unit for measuring radioactivity
becquerel (Bq)
1 becquerel means one nucleus decaying per second.
Over time, what happens to the radioactivity of a sample?
Why?
It will decrease.
Each time a decay occurs and an alpha, beta or gamma is given out, one more radioactive nucleus has disappeared.
As the number of unstable nuclei steadily disappear, the activity (number of nuclei that decay per second) will decrease.
The older the sample, the less radiation it will emit.
The activity, however, never reaches zero.
What is half-life?
The average time it takes for the number of nuclei in a radioactive isotope sample to halve.
What does it mean if a sample has a short half-life?
The activity falls quickly, because lots of the nuclei decay quickly.
What does it mean if a sample has a long half-life?
The activity falls more slowly because most of the nuclei don’t decay for a long time.
In what situation would a sample with a short half-life be useful?
Medical applications – a radioactive tracer needs to have a short half-life to minimise the risk of damage to the patient.
In what situation would a sample with a long half-life be useful?
A sample for sterilising equipment, so you don’t have to replace it too often.
How is alpha radiation used in smoke detectors?
A weak source of alpha radiation is placed in the detector, close to two electrodes.
The source causes ionisation, and a current flows between the electrodes.
If there is a fire, then smoke will absorb the radiation – so the current stops and the alarm sounds.
Why does smoke set a fire alarm off?
Radiation from the radioactive source reaches the detector.
Smoke absorbs the radiation from the radioactive source.
The detector signal fails.
The change of the detector signal activates the alarm circuit.
The alarm sends out sound ‘bleeps’
Why does a smoke alarm use alpha radiation (and not beta or gamma)?
Beta and gamma do not ionise the air enough. The smoke wouldn’t absorb beta or gamma radiation.
Tracers in medicine – what type of radiation is used?
Short half-life beta (but not too short, otherwise by the time it gets to the require organ, the activity would have gone too much)
Gamma emitters
(Alpha is not penetrating enough)
How do tracers in medicine work?
A radioactive isotope is put inside the body (usually by swallowing them).
Their progress around the body can be followed using an external detector.
A computer converts the reading to a display showing where the strongest reading is coming from.
Radiotherapy uses what kind of radiation?
Gamma rays
High doses of gamma rays kill all living cells, including cancerous ones.
The sterilisation of food and surgical instruments is done by using which type of radiation?
Gamma rays.
High doses of gamma rays kills microbes, keeping food fresher for longer.
Medical instruments can be sterilised this way too, instead of boiling them.
Advantage of irradiation over boiling of surgical instruments and food
Doesn’t involve high temperatures, so plastic instruments and fresh apples are not damaged.
(Food is NOT radioactive afterwards – it is safe to eat)
How does radiation harm living cells?
Alpha, beta and gamma enter living cells and collide with molecules. These collisions cause ionisation, which damages or destroys the molecules. This can lead to mutant cells (when DNA is damaged) which divide uncontrollably. This is cancer.

Outside of the body, which sources of radiation are the most dangerous?
Beta and gamma – they can penetrate and get inside delicate organs, whereas alpha cannot as it can’t penetrate the skin.
Inside of the body, which source of radiation is the most dangerous?
Alpha – they are the most ionising. They do their damage in a localised area. Beta and gamma, on the other hand, are less dangerous inside the body because they mostly pass straight through without doing much damage.
Safety precautions when handling radioactive materials:
1) When conducting experiments, use radioactive sources for as short time as possible – so exposure is low.
2) Never handle the source with your skin – use tongs.
3) Hold source at arm’s length so it as far away from the body as possible – decreases amount of radiation that hits you, especially alpha which can’t travel far in air.
4) Point source away from body and avoid looking directly at it.
5) Always store radioactive sources in a lead box and put them away as soon as the experiment is over.
6) When someone needs an X-ray or radiotherapy, only the area of the body that needs to be treated is exposed. The rest of the body is protected with lead.
Atomic structure: J.J. Thompson
What was his model?
“Plum Pudding” model
– Electrons widely spread and very small in mass
– Alphas shouldn’t interact and if they do, they shouldn’t be affected too much because they are relatively big
– (Atoms are spheres of positive charge with tiny electrons stuck in them.)
Atomic structure: Ernest Rutherford, Geiger and Marsden
Scattering
– Fired a beam of alpha particles at thin gold foil
– Expected that the positively charged alpha particles would be slightly deflected by the electrons in the plum pudding model.
– HOWEVER, most of the alpha particles went straight through, but the odd one came straight back at them.
– This meant that most of the mass of the atom was concentrated at the centre in a tiny nucleus
– Realised that the nucleus must have a large positive charge, since it repelled the alpha particles by large angles.
– Showed that most of the atom is just empty space.

Nuclear Fission
Fission – split
Nuclear fission of uranium
Splitting up of nuclei:
– Slow moving neutron absorbed into a uranium nucleus
– The addition of the neutron makes the nucleus unstable, causing it to split (or fission)
– Each time a uranium nucleus splits up, two or three neutrons are released, one of which might hit another nucleus, causing that to split also, and this keeping the chain reaction going.
– When a large atom splits in two it will form two new smaller nuclei. These new nuclei are usually radioactive because they have the “wrong” number of neutrons.
– A nucleus splitting gives off a lot of heat energy. Nuclear processes release much more energy than chemical processes do.
Problems with nuclear power
1) Disposal of waste – products of nuclear fission are highly radioactive. It’s difficult and expensive to dispose of safely.
2) Nuclear fuel is cheap but overall cost of nuclear power is high due to the cost of the power plant and decommissioning. Dismantling a nuclear power plant takes decades.
3) Risk of radiation leaks from the plant
Fuels often used in nuclear power stations
Uranium-235 and plutonium-239
Nuclear reactors:
Purpose of fuel, moderator, control rods and coolant
1) Fuel: powers reaction. Source of energy.

2) Moderator: Slows down the neutrons and makes them become thermal neutrons which will drift back to the fuel elements to cause more fission reactions.

3) Control rods: Absorb neutrons when lowered into the reactor. Less neutrons will cause nuclei to split, so less energy will be released.

4) Coolant: Circulates through the reactor and in the process, heats up. Transfers the heat.