volcano
a mountain through which molten lava and gases erupt 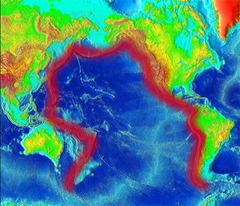 Ring of Fire
Area around the Pacific Ocean known for frequent earthquakes and volcanoes
eruption
When melted rock, ash, and gases pour out of a volcano when one of earth’s plates in pushed under one another
Magma chamber
The pocket beneath a volcano where magma collects
active volcano
One that is erupting or shows signs that it may erupt in the near future.
dormant volcano
A volcano that has not erupted for a long time, but may erupt again one day.
extinct volcano
One that is unlikely to erupt ever again. 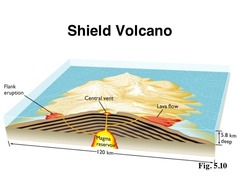 Shield volcano
A wide, gently sloping mountain made of layers of lava and formed by quiet eruptions 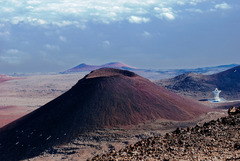 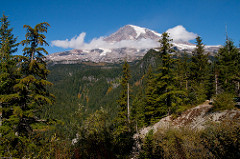 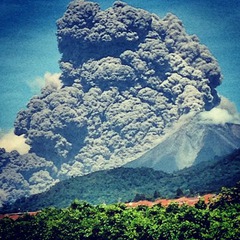 explosive eruption
eruption where there are hot debris, ash, and gas shooting into the air 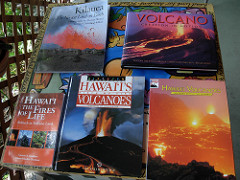 Quiet eruption
occurs when magma flows easily and gently bubbles out, the lava is thin and runny as it oozes out quietly from the vent 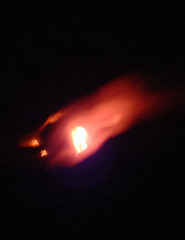 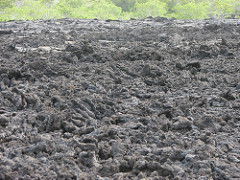 aa lava
lava that hardens into rough, jagged rocks with a crumbly texture 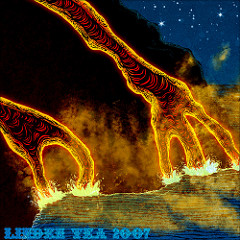 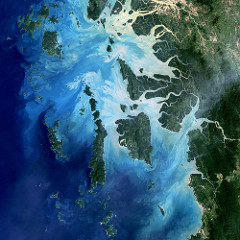 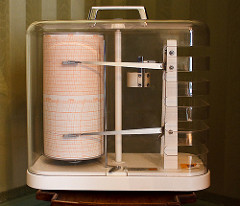 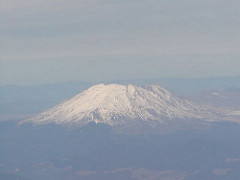 pyroclastic flow
The expulsion of ash, cinders, bombs, and gases during an explosive volcanic eruption. 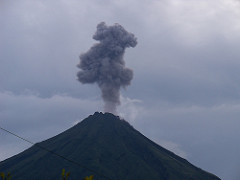 Mt St. Helens
Erupted on its side in May 1980 and continues to erupt today. Killed 63 people, caused hundreds of millions of dollars in damage, and disrupted people’s lives hundreds of miles from the volcano. 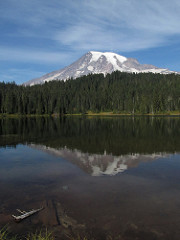 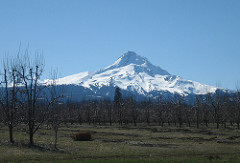 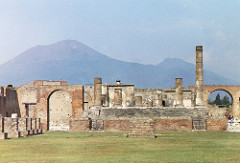 Vesuvius
79 AD, Composite Volcano, Buried town of Pompeii under pyroclastic debris, people were frozen in molds
cindercone
Which type of volcano is relatively small and with steep sides? 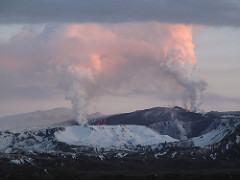 fissure
an opening; a groove; a split 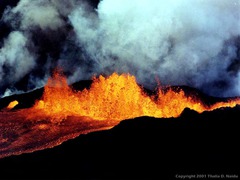 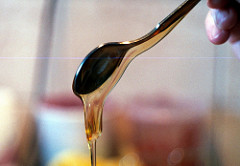 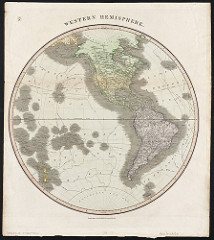 What continents are the boundaries for the Ring of Fire?
North America, South America, Asia, and Australia/Oceania
Equator
an imaginary line around the Earth forming the great circle that is equidistant from the north and south poles 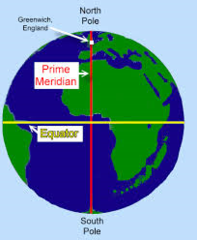 Prime Meridian
line of the global grid running from the north pole to the south pole through Greenwich, England; starting point for measuring degrees of east and west longitude

"Building a Better Vocabulary"- Some words that express Annoyance and Disgust

Gadfly (n.) 1. A persistently annoying person who questions, critiques, and pesters. 2. An insect that annoys livestock by biting and sucking their blood. Querulous (adj.) Full of complaints; complaining in an annoyed way [Used Read more…

canteen a small container that holds drinks confederacy a group of people, states, or countries that work together glory praise or honor quarrel a fight rebellion a conflict that leads to war stallion male horse Read more…

persian empire the biggest empire and it had a centralized government Alexander the Great invaded Persia with a strong armed army. He portrayed himself in Persia and Egypt as a legitimate successor. Athenian democracy direct Read more…